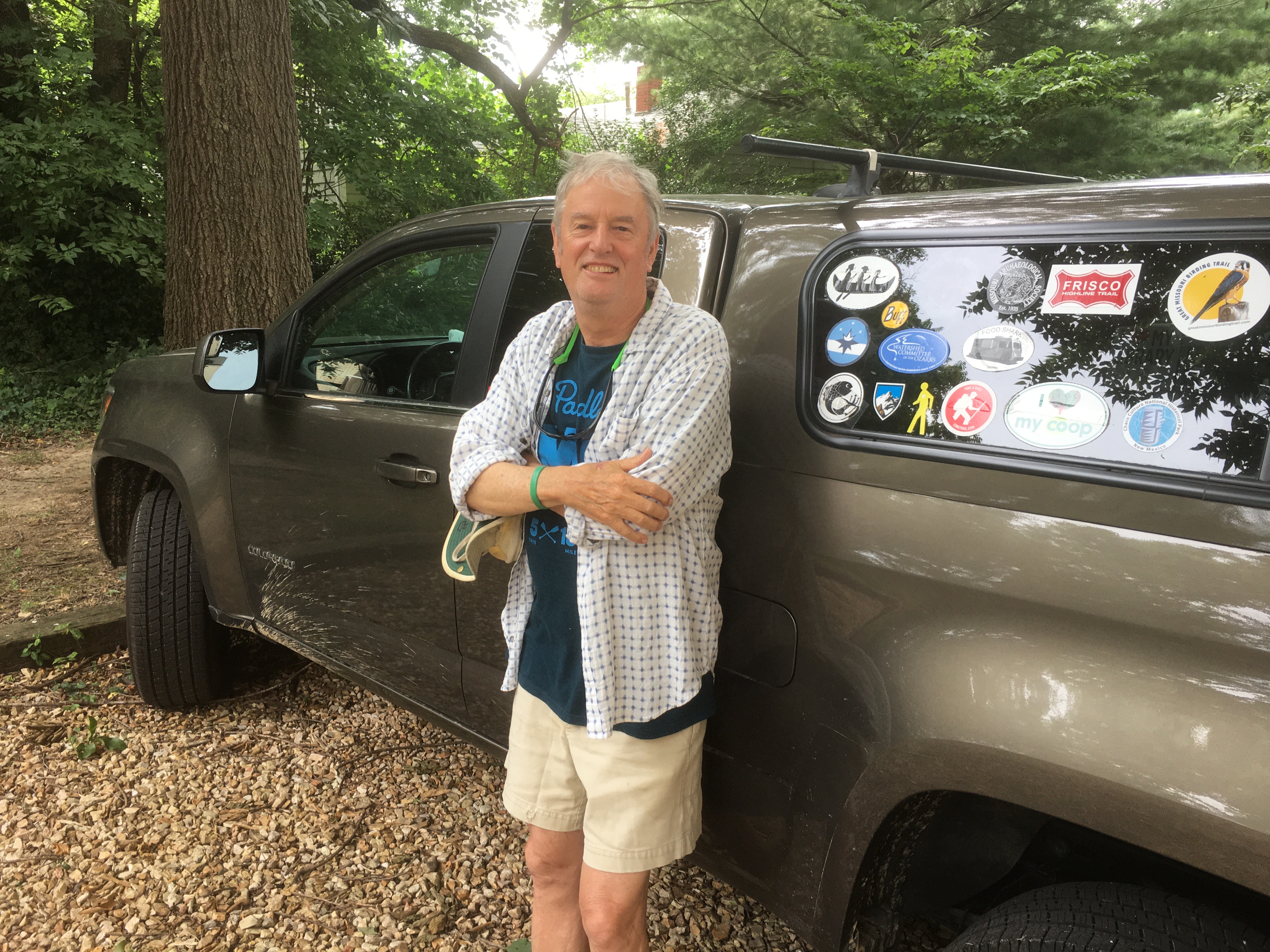 I just sold my truck. For the first time in roughly a half century I have no way to haul bikes or boards, boats or barrels of beer; snakes, smart-ass smugglers, or any spontaneous stuff to go anywhere whatsoever.

I remember many wacky adventures:

Hauling a 400-lb. hand-made traditional john boat to an exhibit of Ozark crafts at the J.B. Speed Art Museum in Louisville;

Teaching our first foster daughter Teresa how to drive a stick shift out by the gravel roads east of Rolla;

Packing as much old hay as we could haul from Anne & Robb Jacobson’s old barn for our co-operative farming group’s half-acre of tomatoes;

Loading all the sorghum cane Cath & I can harvest to take to Arch Feeler’s molasses mill in Maries County after a sudden freeze almost ruined our crop;

Cramming in two canoes to float with Kevin Morrin & Elizabeth Sayad on the upper Meramec, with the two of them riding in the back with the boats;

Stopping on the Hinch Road near Campbell Bridge to pick up a couple of stray pieces of firewood on my first float trip with Cathy;

Sleeping on the “platform” with no ability to “turn over” or “get out” without waking all other campers within earshot.  Long, long night for Cathy;

Having it to lend out to friends in need;

Moving from the Okra Acres to the Sandstone Cabin then to Springfield, all in multiple truck trips. We always had help, but all the little stuff? You guessed it, in the truck. Guess we can’t ever move again…

Now I’m just another guy with a two-wheel drive Ford SUV that can barely hold a bale of hay. Not that I have any need for hay. We live in an apartment with a few potted plants and a bird feeder that takes a sunflower seed mix you can buy anywhere and carry home balanced on your head.

No need to load firewood anymore, just turn the thermostat knob to hear the furnace or air-con pop on.

No need to haul manure from Ronnie Jones’ neighbor’s turkey operation; just go to Mama Jean’s and the label will say if it’s certified organic.

No need to own a truck because most of my hillbilly buddies still have one, just bring ‘em a six pack and hope we can make a deal.

We checked to see if we could sleep in the back of the SUV. I believe we won’t knock our head, as on the truck platform with a low ceiling when it’s time for an outhouse call.

And if ever again I buy at some farm auction a flower planter made from a hog trough feeder that once was half a water heater tank, I will just hope someone who bought some of the other stuff has room for mine too.