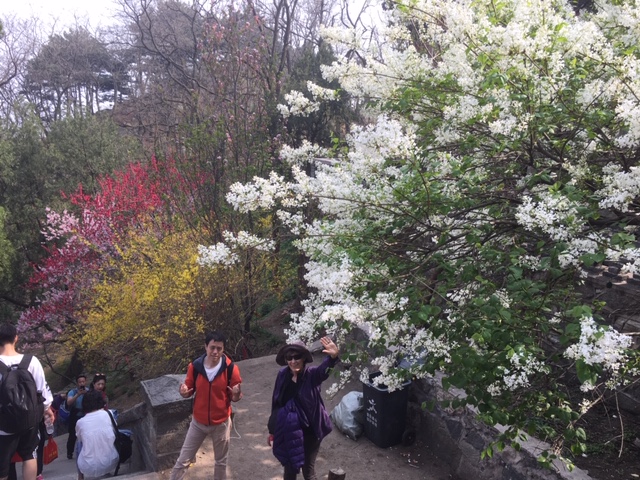 Midsummer heat slows me while cruising back home.  A man hunched over his backpack along busy U.S. 60 stops me cold.

Usually hell-bent for our house after hanging out at the cabin, I have mixed feelings returning to the city. I go slow and mull over the mechanics of selling our house in town and moving to a nearby small apartment.

This guy may not have a home. I pull over outside Willow Springs, a railroad town and homesteader hotspot. I’m in no big rush. I used to hitch hike everywhere in my 20s. He slowly ambles over.

He’s more than twice his 20s, with almost as much grey hair as me, but he walks talk with purpose and strength.

“No good for a black man to hitch thru the Ozarks,” he says.

“I’m sticking on the main highway, number Five from Mansfield thru Ava down to Mountain Home. My nephew can meet me there.”

Soon he’s asleep. Doesn’t want to talk. Started out in Uniontown, Tennessee far to the east. Today, yesterday? Hard to say. He sleeps for an hour as I drive, then leave him off.

He walks down from a turn-around spot along Number Five. Throwing his pack over a shoulder, he walks south towards Arkansas and doesn’t look back. 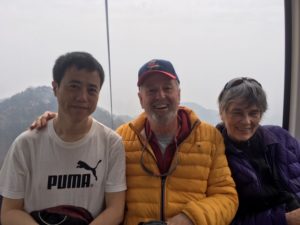 Cathy & Alex met Xiao Chen 20 years ago in China and have stayed in touch ever since. He hosted us on our visit to Shandong province. This is the home of Tai Shan mountain which has many flowering trees in the spring.

Why can’t there be some kind of on-line app that would help people find rides?

Over the last weekend Cathy and I stayed at an Air BnB in St. Louis where we happened to stay with a retired couple with whom we shared many common friends and interests, it was a treat. They made some cash on the deal and we saved a little. Cell phones and computers make it possible.

Before he went to sleep, the man who had been hitching said he had worked in the gas fields, in Louisiana and Texas probably. Some kind of bad luck must have put him on the road.

Where is he now? I will never know, only that he’s in my heart and prayers. 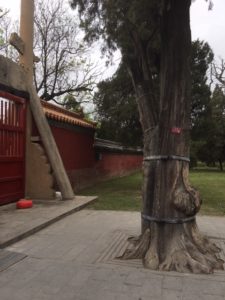 Trees are venerated at historic sites in China.

Soon I too will be traveling, for fun. I will be visiting a friend in central Ontario, to do some fishing, play some music, share some stories.

In many ways I hate to leave the Ozarks now. It’s my favorite season, the peak of summer.

This has been a weird season: Cathy and I completed the transition from bungalow to apartment in Springfield. I’ve been shuffling around boxes, deacquisitioning a few books, getting used to our smaller footprint.

Instead of stuff, travel has become my luxury. We spent five weeks of spring in north-central China, three weeks teaching oral history in the industrial powerhouse, 10,000,000+ souls, Shijiazhuang, the 30th biggest city. Then we climbed the famous Taishan sacred mountain and visited Confucius’ hometown before five days in Qingdao, the beer capital on the coast. I’ve written about this in a book manuscript that’s about ready for a final revision.

It seems everything piles up as I get older, fewer opportunities to kick back and cogitate, more to try to see family and old friends while exploring places I’ve read about over the years. It’s a luxury to have this freedom. 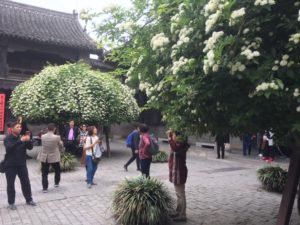 Tourists love taking photos of the flowering trees at Confucius home which has been well preserved.

What really matters is having a presence of mind to choose the important things. I trust that eventually things will work out even if there’s a few false starts.

I remember hitching once all the way to Boston. I got a ride from a nice guy one evening who said I could sleep at his place. We got there and he said I could share his bed.

“No thanks,” I said, “I’d be more comfortable on the floor.”

I piled some books by the living room door. In the middle of the night the stack tumbled over and I woke up.

Really didn’t sleep much that night. Just glad to get back on the road and away from that creepy lonely guy. Mostly no problems on the road, the mini-challenges and unexpected opportunities make it fun.  Luckily the world has few truly terrifying weirdos.

Mainly people just wanted someone to talk with would pick me up. Often I’d help with driving.

I got a kick from the uncertainity of travel and still do to an extent. Being in China gave me a sense of what it’s like to be a minority as we saw very few round-eyes in Shijiazhuang. It can get old having so many people doing a double take as we walked down the streets. Luckily most Chinese like Americans and want to learn English. And I wanted to learn their language. I get a kick out of cultural diversity. We’re lucky for our complexities. 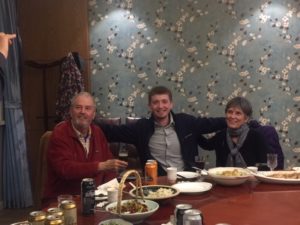 Kevin took a Masters in Cultural Studies at MSU and is now teaching at Qingdao University, and enjoying the city’s beers and friendly people.