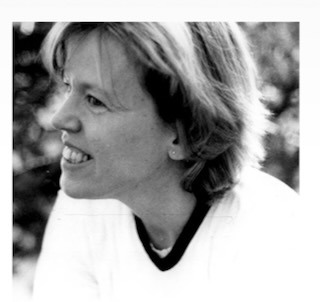 I got to know Joan at the Humana Festival of New American Plays in Louisville, Kentucky. To me and a lot of others, especially on the East coast, she’s one of the best playwrights around.

More theaters need to produce her plays. Everyone, look for her work!

I was never a theater goer until my friend Joe Adcock, then a critic for The Philadelphia Bulletin newspaper, and my wife Cathy convinced me that living actors on stage do something unique.

Theater is now having a hard time. I saw on-line the Actors Theater in Louisville had to cancel the Humana Festival this year and has had a limited production schedule.

Joan Ackermann’s theater project, Mixed Company, in Great Barrington, Massachusetts, hasn’t done a play since the summer of 2018. They had been going for 20+ years.

In August 1993 I was able to see Joan’s play ‘Off the Map’ at Mixed Company. Later made into an independently produced film, it’s a complex family drama, nothing like the three that most stick in my mind:

Stanton’s Garage deals with an unexpected group of characters stuck in an auto repair place somewhere in the Missouri backwoods.

Zara Spook and Other Lures portrays a group of professional women bass fisherman. Having once been a judge in a bass fishing contest, I could imagine how romance and professional rivalries could be a problem in this rarified world.

The Batting Cage suggests the existential doubts of a professional baseball pitcher.

I liked Joan because she’s a jock and a worker bee, from leading local hiking trips to writing Arie Selinger’s Power Volleyball about one of the great women’s coaches. She also lives in a cool Ozarky corner of New England.

Joan realized at an early age that she could capture people’s voices and accents as a writer. Though she wrote poetry and journalism, theater became her real love.

“I was attracted to the Southern voice,” she said. “I have deep affection for people and places that grab me. I have to write about people I care about.”

She wasn’t too interested in seeing film adaptations of her work. Television productions were easier to deal with. She had something going with Steven Speilberg and other projects in Hollywood.

But I haven’t been in touch or back to the Berkshires in a long time. My notes say she fixed Cathy and I a great lunch during that visit.

It’s a charming part of New England with talented cooks, elegant places and communities of cultivated culture. Hiking guides and yoga instructors can do well in these local resorts.

“I was at the market on a busy Friday,” I remember Joan telling us. “I was standing in a long check-out line. This lady with a Manhattan accent turned to say, ‘I don’t see why local people come shopping on the weekend. They can shop during the week. We weekenders need to stock up when we come up to the country to relax.”